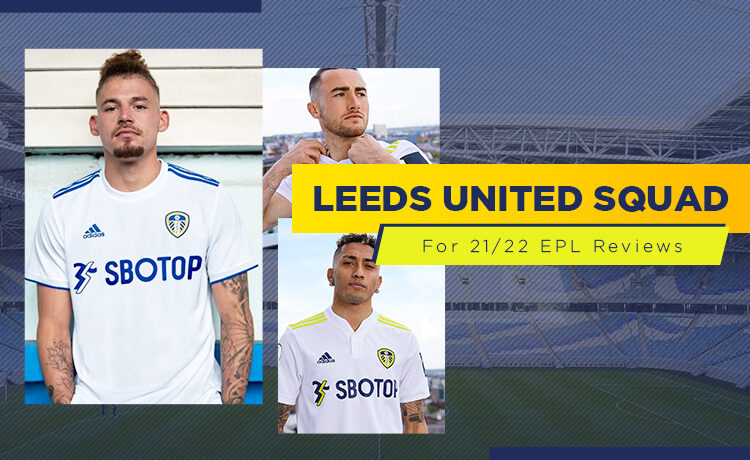 Leeds United has come a long way from battling the challenges of relegation to giving even the leading teams in the English Premier League a good run for their money. Finishing among the top ten in the last season, they will be looking to do a lot more than replicate their success. For this to happen, though, Marcelo Bielsa knows that his players have to be at their very best. So, not only has he been very thorough with all pre-season preparations so far, he has been very active in the dressing room as well.

Many old faces that were pivotal to the team’s success so far will be saying their goodbyes. Prominent faces like Pablo Hernandez and Gaetano Berardi are very high on this list. Also, as of this moment, Ezgjan Alioski has finally left the Leeds United side. Sources attribute this to an inability of the club and player to agree on specific contract renewal terms. These factors, among many others, create the need for Bielsa to shore up his squad further if he doesn’t want performance to dip. As part of his numerous efforts to achieve these aims, he has put the Whites running for valuable players like the Demark star Mikkel Damsgaard, among others. So, pending the transfer window’s closure, here’s what the Leeds United Squad looks like at the moment.

At this time, the Whites are still as solid as they can hope. Allan Meslier and Elia Caprile are two top resources that they can trust to keep the net from rippling behind them. Their outstanding performance in the previous season proves that they have what it takes to improve and make the team better. They’re not alone here either. The team still has the likes of Kamil Miazek to call on as well.

The departure of the legendary Gaetano Berardi from the club will leave them with big shoes to fill quickly here. However, this is also more than likely the reason Bielsa ensured the signing of Junior Firpo. It is hoped that his presence will further complement the efforts of skipper Liam Cooper. Also, with Luke Ayling and Robin Koch still putting in their best, the defense looks to be an excellent one when the new season finally arrives.

Another person whose absence will be keenly felt here is Pablo Hernandez. For the longest time, he proved indispensable to control the style of play that led to the team’s success and promotion from relegation. Should he leave the club, Stuart Dallas, Kalvin Phillips, Jamie Shackleton, and Mateusz Klich will have to step up their game to cover any possible lapses? But with that said, they appear more than willing and capable of putting in the necessary effort.

As the 4th highest scorer last season, the team will be relying on Patrick Bamford a lot to maintain that same level of threat in the new season. Tyler Roberts, who recently signed a new contract with the club, will also distinguish himself. Other powerful forces not to be overlooked in front include Helder Costa, Rodrigo, and Raphina.

The Leeds United squad for the next season is fast shaping up to be a force worth reckoning. What’s more, all factors point to the possibility that Marcelo Bielsa isn’t even yet done with tweaking his squad yet. Before the season finally kicks off, there’s a high chance we’ll still see a few more signings that could positively impact the club’s performance.